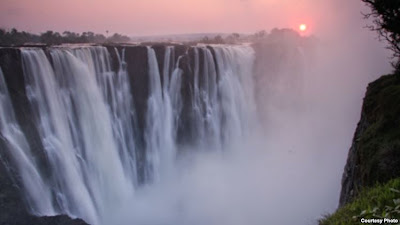 The European Union Council on Tourism and Trade has unanimously decided to award Zimbabwe the World Best Tourist Destination for 2014 title for promoting ecotourism and successfully convening an international conference last year.

The Assembly says there is no doubt that the country has the capacity to organize top world events, is a safe destination.

According to the Council, Zimbabwe has unequivocally demonstrated that it is a safe, open and perfectly managed power house.

Apart from that, it further says the country has done a lot in promoting eco-tourism leading to a lot of community support in the preservation of natural resources.

“Among other reasons is the promotion and support offered to a new concept of community natural protection supporting tourism friendly to nature, with low ecological impact and preservation of natural biodiversity and protection of endangered species and areas,” said the EU Council.

It said community-based ecotourism protection carved by former Tourism Minister Walter Mzembi is “a perfect way to share revenues and income and to support rural communities in prospering.”

The EU Council said this has ensured that ecotourism is the base for local economic development.

Reacting to this development, Zanu PF activist, Morris Ngwenya, said Zimbabwe deserved the award. “At last the country has been recognized for the good job it is doing in tourism, cultural issues and others.”

But independent economist Walter Mbongolwane disagreed, saying there are countries like South Africa which offer better tourism activities than Zimbabwe. “At least South Africa deserves an award and not Zimbabwe. How can the country win an award in the midst of an economic crisis … This is absurd.”

Tourism visits went up in Zimbabwe soon after the establishment of a unity government which was in power up to the 2013 general election. The situation has degenerated following Zanu PF’s election victory last year as the local economy has been hit by deflation, lack of foreign direct investment and general liquidity constraints.