The Zimbabwean side of the Victoria Falls has for a long time been dependent on Zambia for all their air travellers, who used to have no other option but to land at Harry Mwanga Nkumbula International Airport in Livingstone, before crossing over to see the longest continuing sheet of the Falls from the Zim side. But now, the addition of a new airport on the Zimbabwean side has breathed new life into the tourist-driven town of Victoria Falls. The airport is not fully operational yet, but aircraft carrying international travellers descend on the new airport regularly, despite the fact that it is still under construction at some parts. Chinese tourist dominate custom control, and every other establishment in the area. Restaurants, hotels and adventure companies, have realised the potential of the Vic Falls anew and started profusely upgrading their offerings. Here are three exciting Vic Falls developments happening in 2016:Iconic hotels are upgrading under new management  Following a take-over from African Sun and Legacy Hospitality in September 2015, five of African Sun’s hotels - The Kingdom at Victoria Falls, Elephant Hills Hotel, Hwange Safari Lodge, The Monomotapa Hotel and Troutbeck - have been undergoing improvements in a bid to usher in a new era for tourism in Zim. Since, the 100-room Hwange Safari Lodge has been completely upgraded on a phased basis into a 4-5 Star lodge with a new waterhole.The Monomotapa Hotel is planned for a face-lift to all its 240 rooms, with the addition of a new outdoor pool area and additional restaurant facilities. At the famous Troutbeck, it is the intention to retain the unique Scottish Highlands feel and atmosphere, whilst expanding the leisure activities.


Also at the iconic Elephant Hills and Kingdom at Victoria Falls, improvements are lined up. In the 90s, these hotels were state-of-the-art establishments. And since, the hotels have been maintained, but just.

The Kingdom at Victoria Falls was built almost an exact replica of the Palace at the Lost City at Sun City in SA. The latter has also gone under extensive refurbishment - amounting to a total of over R1bn.
The Kingdom will follow suit with planned upgrading of the bathrooms in the suits to have modern showers instead of the current baths with showers inside. Mini bars will also be added into all rooms in the hotels, and the old casino area, which is currently standing empty, will be transformed into conferencing facility seating up to 1 200 delegates.
Both The Kingdom and Elephant Hills are also undergoing soft refurbishments, whereby linen has been replaced and repainting is being done on both interior and exterior walls.

The food and beverage offering has been improved with a new chef at the properties. Interesting is the addition of many Asian-inspired dishes on the buffet menu, specifically designed to appeal to the great number of Chinese groups in both the Elephant Hills and Kingdom Hotels.
New environmentally friendly lodge to open in June

Apart from the old iconic hotels upping their game, new additions to accommodation arena has been announced. 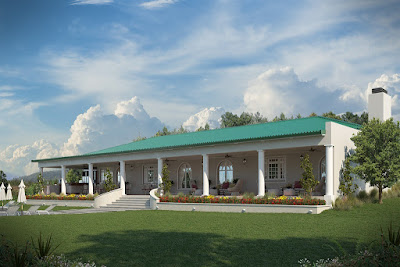 The new Batonka Guest Lodge has announced its arrival in June this year, aiming to provide an environmentally friendly, green tourist experience. According to the website, the lodge has been built with recycling grey water systems in place, and will be solar-powered.

Only 2km from the Vic Falls, it will offer 22 rooms, each with a private veranda overlooking the gardens.

The rooms include one family suite and eight inter-leading rooms as well as one room offering universal access.
The Victoria Falls Airport
The newly built Victoria Falls airport, which started operations in January this year, has postponed the official opening of the new hub as refurbishment of the old terminal building is still underway.

The Civil Aviation Authority of Zimbabwe said work was underway to turn the old terminal into a domestic terminal, and refurbishments at the building, which started in March, were only 20% complete.

The commissioning of the airport was supposed to be done in May, but has since been scheduled for the second part of 2016.
Source: Vic Falls gets a face lift: 3 Exciting improvements (12/05/16)
Posted by VFBNB at 08:58