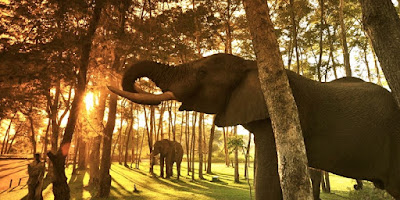 “Our approach to animal welfare as well as the decline in support of elephant-back safaris has confirmed that we are on the right track,” said Graham Nel, Managing Director, Safari Par Excellence.

Starting this month, the number of rides on offer will be reduced, with the focus being on the morning rides. Mid-morning and afternoon rides will only be conducted by special arrangement.

“We shall actively encourage clients to interact with the elephants rather than ride them,” said Nel. Elephant rides will be replaced by a boat ride up the Zambezi River, or road transfer, followed by an introduction to the animals with a short interaction and a meal at The Elephant Café.

Incentive groups are also encouraged to spend time to learn about and from the habits and characteristics of the elephants.

Nel said the elephants’ well-being had always been at the forefront of operations within the Mosi-Oa-Tunya National Park in Zambia.

More from this blog: elephant-back safaris