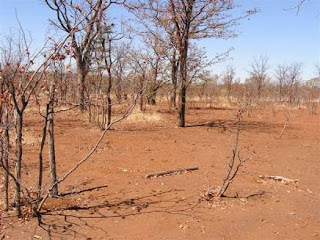 The Soil Atlas of Africa was presented to the Afican Union in Addis Ababa last week after five years of expert collaboration between the AU, the EU and the UN’s Food and Agricultural Organisation. The scientists hope that their new report and atlas on the soils of Africa will help to reconnect the continent’s people to their roots and raise awareness about the critical significance of soil to human existence and the authors suggest that the importance of soil is not widely understood.
“Part of the problem is that with an increasingly urban society, many people have lost contact with the processes that produce food. Most people expect to find goods on the shelves of supermarkets and have limited appreciation of the role played by soil.”
One of the most critical findings is that Africa’s soils are running out of vooma. Simply put, the soil is losing nutrients faster than fertilisers can be added. The authors say many of the soils of Africa are severely degraded by erosion and excessive nutrient depletion. On average, African farmers can afford to apply only 10 percent of the fertilising nutrients that farmers in the rest of the world return to the soil.
Adding to the problem is the fact that more than half of Africa’s land surface is made up of sandy soils (22 percent), shallow stony soils (17 percent) and young, weakly developed soils (11 percent). Deserts and drylands make up 60 percent of the land surface and fertile areas are under growing pressure because of the global trend to grow cash crops for export.
“Using state-of-the-art computer mapping techniques, the Soil Atlas of Africa shows the changing nature of soil across the continent. It explains the origin and functions of soil and describes the different soil types and their relevance to both local and global issues.”
Read full article here, and more background here. Photographic credit here