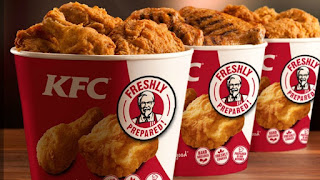 Representatives of tour operators as well as players in the tourism industry in Victoria Falls witnessed the official opening of the branch at Total Service Station along Livingstone way on Monday.

KFC Victoria Falls manager Mr Taurai Vaki said the other five branches are all in Harare, with plans underway to open one in Bulawayo, which was shut down a few years ago. He said the business now boasts of 1 000 outlets in Africa.

“We have five outlets in Harare and now we have also managed to open this branch in Victoria Falls as we expand our business,” he said.

“We hope that this venture will be successful enough to let us launch another outlet in Bulawayo before moving to other smaller towns,” said Mr Vaki.

The business community expressed hope that the launch of KFC as a service provider would complement numerous other players such as restaurant and fast food outlets in the tourist town in terms of offering options for tourists.

The local leadership, however, warned the management at KFC against bussing in people from other towns to take up jobs at the expense of locals.