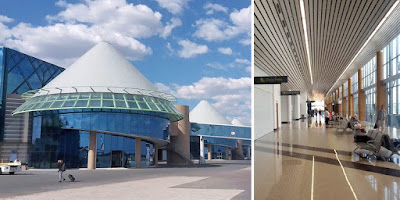 “Ethiopian Airlines is pleased to announce that it will start four weekly flights to Victoria Falls as of March 26, 2017, with the latest B737-800 New Generation with Sky Interior,” said the chief executive officer.

The East African airliner is one of the first few companies, alongside RwandaAir, that showed interest and opened discussions with the Civil Aviation Authority of Zimbabwe (CAAZ) at a recent 48th Africa Airlines Association (AFRAA) Annual General Assembly about flying into Zimbabwe taking advantage of refurbished facilities.

“It’s a continuation of our efforts to achieve the goal of connecting Africa to the world by adding multiple points in Africa and serving air connectivity needs of the continent.

“Tourist travellers and vacationers from major cities in the Americas, Europe, Asia and Africa will enjoy hassle-free connections to Victoria Falls via our strategic hub at Addis Ababa,” said Mr Gebre Mariam.

He said their goal was to expand network in Africa to ‘promote and facilitate growth in the business and tourism sectors’ in terms of the airline’s ‘15 years growth strategy, Vision 2025.

The schedule will see Ethiopian Airlines flying between Victoria Falls and Addis Ababa on Tuesdays, Thursdays, Saturdays and Sundays.

It will depart Addis Ababa at 8.15AM and arrive in Victoria Falls at 12.15 PM on a direct flight while departing Victoria Falls at 1PM via Gaborone in Botswana and arrive in Addis Ababa at 9.30PM
Mr Mariam said the airliner will be offering tour packages, that are available to the major African tourist destinations such as Mombasa, Zanzibar, Kilimanjaro, Dar-es-Salaam, Johannesburg, Maputo, Nairobi and Cairo.

Ethiopian Airlines is the fastest growing and leading carrier Airlines in Africa having been in the industry for seven decades.

It commands the biggest pan-African passenger and cargo network operating the youngest and most modern fleet across five continents.

CAAZ public relations manager Mrs Anna Julia Hungwe, who was in Victoria Falls yesterday, said the aviation authority was excited about the development.

She said besides Ethiopian Airlines, RwandaAir had also confirmed that it will start flying into Harare early January while Kenyan Airways was also working on finalising the process of establishing a direct flight into Victoria Falls.

“We are actually excited by the new look airport and the interest shown by airlines,” she said.
While commissioning the airport, President Mugabe challenged the Ministries of Transport and Tourism as well as CAAZ to market the airport and bring in tourists and airlines.

The Government has also facilitated the upgrading of the Joshua Mqabuko Nkomo International Airport in Bulawayo and Buffalo Range Airport in Masvingo province as part of its key infrastructure projects under Zim-Asset.