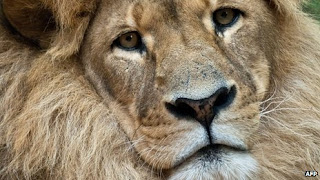 The Zambian Minister of Tourism and Arts, Sylvia Masebo, has confirmed in an interview with local media in Livingstone that the general ban on hunting which was annouced earlier this year covers 19 hunting blocks and does not affect privately owned game ranches. It is understood that these 19 hunting concession permits have already lapsed and will not be renewed.

"That ban was specifically for the 19 hunting blocks. As you may be aware, there are many other hunting areas in Zambia beyond the 19. There are some hunting areas where the licences are still valid. If you have a licence that has not expired, we have said we will wait until that licence expires.

"But for those licences that have expired, in particular affecting those 19 hunting blocks, yes that is where we did the hunting ban. What this means in effect is that those who are still having licences in those areas and those licences have not expired, we will respect that,"

Ms Masebo said Zambia has 19 official hunting blocks and 36 game management areas where hunting takes place at different scales. "We also have in Zambia game ranches which are privately owned where somebody even has a title deed. These private parks are fenced." Ms Masebo said the hunting continues in those game ranches because they are private. "That is the clarification I wanted to make that hunting in private parks that people own and have even got title deeds and are fenced, they can do hunting,".

The ban on hunting of lions and leopards is, however, countrywide to allow for a detailed population survey. "If we continue hunting, we will end up with a situation where there will be no lions in Zambia, and we said let us stop and carry out a census first. We said let us do a survey for us as Government to understand so that we make an informed policy directive," Ms Masebo said.

The Minister had previously stated that there was more value in game-viewing tourism than trophy hunting, which brought in just $3m (£1.9m) last year, and that the country did not have enough cats for hunting purposes. "Tourists come to Zambia to see the lion and if we lose the lion we will be killing our tourism industry."

Recently Ms Masebo suspended the entire top management at ZAWA and ordered an investigation into the awarding of hunting concessions in the 19 blocks amid allegations of corruption.