Seeing the light – Benefits to banning hunting in Botswana and Zambia 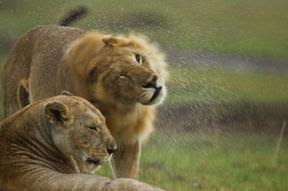 The recent decision by the governments of Botswana and Zambia to halt trophy hunting has been praised in some conservation circles in southern Africa. Ian Michler explains why.

Towards the end of last year the Botswana Government announced that trophy hunting will no longer be allowed on any state or community land from the end of 2013. The ban extends to what is known as ‘citizen hunting' for the pot and covers all species, including elephants. And then in early January this year the government of Zambia annulled the tender process for hunting concessions in 19 Game Management Areas (GMAs) and cancelled all hunting licences and quotas for at least one year. It also introduced an immediate and indefinite ban on the hunting of lions and leopards and committed to a thorough review of the hunting industry.

These are extremely sensible stands and both governments should be congratulated for their vision. Although taken independently, the decisions are based on similar factors that clearly indicate a further loss of support for trophy hunting as an effective wildlife management option.